Race and the Environment in Early American Literature

An examination of the intersections between race and the natural world in early American literature, 1616-1836.

The aim of this website is to promote an increased knowledge of how race and the environment are interrelated in early American literary texts. As Ian Finseth argues about race and nature in his book Shades of Green: Visions of Nature in the Literature of American Slavery, 1770-1860,

As a dominant mode of understanding cultural difference, traditionally explained in terms of such ‘natural’ phenomena as biology, climate, and evolution, the category of race provides a means of exploring the relationships between culture and nature, as those relationships are represented in various texts. (10)

As a productive, but understudied, area from the standpoint of race studies, ecocriticism, and early American studies, this field of study provides a more complex exploration of how ideas, representations, and theories about race and the natural world were essential in early American thought. It also works against the concept of a binary understanding of culture and nature – revealing the two concepts to be mutually constitutive.

Our examination of texts begins with John Smith’s “A Description of New England” from 1616 and extends to Ralph Waldo Emerson’s 1836 essay “Nature.” While the texts included on the site are representative texts from this time frame, we realize that this is not anywhere near an exhaustive list. Our intention is to provide a starting point for people and a resource for those interested in engaging in further study.

In discussing race, we have limited ourselves to African and Native Americans. Similarly, we have restricted ourselves to English language texts. These choices are not to exclude other races and ethnicities and non-English language texts, but rather a matter of practicality. In desiring to present a usable site for both scholars and non-scholars, we had to find the right balance of focus and depth. Attempting to represent every race, ethnicity, and language represented in early American literary texts, while an undoubtedly valuable endeavor, is beyond the scope of this project.

How the site works:
On the homepage, you will find a timeline covering twelve primary texts, and two critical texts. Each entry on the timeline offers a brief description about the author and work listed. Five additional pages provide brief essays of five different topics that take up issues about race and the environment in early American texts. These five areas are:

In addition to these above five pages, we have also included a page featuring links to the primary texts and websites, as well as informative videos. 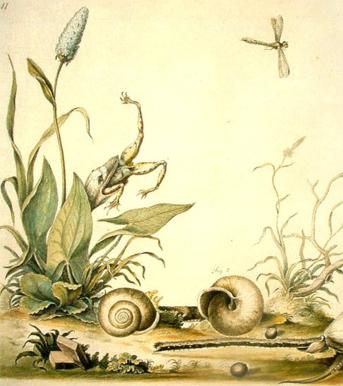