Nature and The Earthly Paradise

"Nature is made to conspire with spirit to emancipate us". – Ralph Waldo Emerson

Therefore, that spirit, that is, the Supreme Being, does not build up nature around us, but puts it forth through us, as the life of the tree puts forth new branches and leaves through the pores of the old. As a plant upon the earth, so a man rests upon the bosom of God; he is nourished by unfailing fountains, and draws, at his need, inexhaustible power.

Though Emerson doesn’t explicitly state it, these lines imply that the earthly paradise is found in nature. With these words, Emerson also indicates that there is a peculiarly unique connection between spirituality, nature and humans. By stating that God puts nature through us, Emerson also implies that an earthly paradise must include the natural world. This statement appears to reflect Emerson’s interpretation of natural theology which was, according Daniel Payne, “the belief that human intellect can discover truths about God by studying the natural (or created) world” (194). For Emerson, people’s willingness to embrace the natural environment is key to their ability to ultimately connect with God and subsequently experience the earthly paradise.

Traces of Emerson’s ideas about Nature’s spiritual quality can be seen in American texts preceding his essay. Literary works by poet Phillis Wheatley show an Emersonian idea of nature as a reflection of God’s presence in the earth and the environment. Wheatley states in her poem “Thoughts on the Works of Providence” that

All-wise Almighty Providence we trace
In trees, and plants, and all the flow'ry race;
As clear as in the nobler frame of man,
All lovely copies of the Maker's plan.


With these words, Wheatley echoes Emerson’s belief that humans can find and connect with God in nature. Later in the poem, Wheatley extends this idea when she writes:

Infinite Love where'er we turn our eyes
Appears: this ev'ry creature's wants supplies;
This most is heard in Nature’s constant voice,
This makes the morn, and this the eve rejoice;
This bids the fost'ring rains and dews descend
To nourish all, to serve one gen'ral end...


This idea of nature being used as a vehicle to connect God and humans dates back to the book of Genesis in chapter 3 and the story of the fall of man in the Garden of Eden. It is in the Garden of Eden that God came looking for Adam and Eve after they were deceived by the serpent. Ultimately, nature is a place where humans connect with God truth and intimacy.

"But let us rely on Providence, and by studying and contemplating the works and power of the Creator, learn wisdom and understanding in the economy of nature, and be seriously attentive to the divine monitor within".– William Bartram 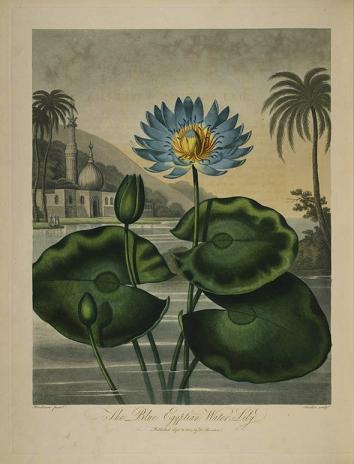 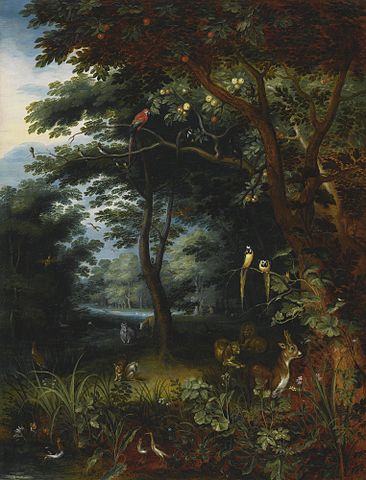